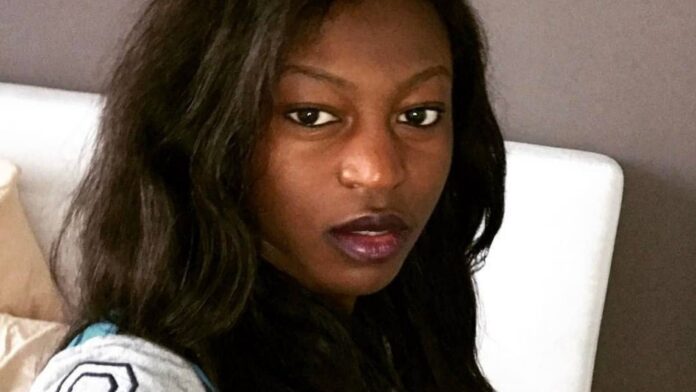 Adja is black, an African, a Muslim and a woman. What more odds could be against her in a male-dominated world and a place where Muslims experience the most form of discrimination and social injustice? She is a 27 year old lady from Ivory Coast who loves to have fun and try out new things.

I admire her for her bravery, determination and hard work to make it despite all the labels which might work negatively against her by world standards.
Adja is an expat in Malaysia. She lives in the capital city Kuala Lumpur and she’s agreed to share her Malaysia experience with me as a black single woman.

For how long have you been in Malaysia?

I have been in Malaysia for 2 years now.
How did you land such a good job in Malaysia? And how did you go about getting a work permit?
During the time I was doing my ACCA program in Dubai, I decided to take up an internship with the company since I had lots of free time because my courses ran for just 6 months in a year.
When I got the internship, I worked extremely hard to get noticed in the company and when an opportunity came up in the inventory team, I was taken to fill the position. A few years later after the fall in oil prices, the company decided to cut cost by relocating the finance centre to Malaysia and I accepted the offer to explore the Asian market.
A work permit was not an issue for me because it was outsourced by my company to a third party. They did all the paperwork.
How was the relocation process?
It was a breeze for me because the company was responsible for my relocation cost and everything else. They gave a choice to either ship your property or give you a fixed sum to sort out the rest yourself. I went for the money. Lol

How is Malaysia compared to other countries you’ve been in? And what do you enjoy most about working here?
I think the people here are more life-oriented. There is no pressure to meet monthly deliverable if work infringes on personal time. There is also a high labour turn over which makes life more difficult for the expats or those left behind to fill the gap.
The one thing I enjoy most is the cost of living. It’s relatively as cheap as Ivory Coast or maybe even cheaper.
Do you think Malaysia is safe for an African unmarried female expat?
Yes. In my opinion, it is. I’m not sure what it is like in the outskirts of the city but i can only speak for myself. I have never been harassed since I got to Malaysia.
Have you experienced any racial discrimination here in Malaysia?
For me I really wouldn’t say I got discriminated against by the people because I’m black, however, the main issue in this country is that the system doesn’t really integrate foreigners or rather they make the process excruciating. For example, it’s not easy for an expat to be occupationally mobile. You could get the job but then its most likely going to be on a local package(meaning you would earn as a local)
I know living as an expat has a dark side for many what would you say has been/or is the dark side of living in a foreign land?
Loneliness is the darkest part for me. I’ve been feeling really homesick and I can’t make any real friends. I’m also not interested in meeting or dating anyone from here.
How different is the Muslim culture here from yours?
I think it’s the same. In Ivory Coast, Muslims and Christians live together as one people which is equally what I see here. People get to live and function as one despite their different religions. And it’s also not rigid when it comes to public display of affection. I also think they embrace every culture. In my opinion, a black person would not feel out of place here.
What do you think about accommodation? And which areas can you recommend for Expats?
Oh Yesss, I’ve been waiting to talk about this haha.
What about health care and transport system?
One thing I found very interesting here with the health care is that the Hospitals are top standards than the clinics but in Ivory Coast, it’s the other way round. I wasn’t particularly impressed with the clinics I visited here. I would also say if anyone wants to have great insurance here, you should get at least a Gold Card to avoid any disputes with reimbursements or whatever.
The Transportation system here is very good. The road network is excellent and I like that they have the car booking app called GRAB. Most of the drivers and their cars have a 5-star rating. The Grab rates are pretty affordable. It’s so easy to get from point A to B.  I’ve also used the public bus which is very cheap but can get overcrowded which is normal. The railway transport too is excellent.
Can you tell me two facts about Malaysia you think people do not really know about?
Does Malaysian food excite you?
Not Really. The only one I would consider is ‘Nasi Goreng’ which is basically Fried Rice.
What do you think about the locals?
Well, I think they are generally nice people. Some are very receptive. They are not the least corrupt. But I also think ‘Malaysians are too by the book’. The average Malay wouldn’t think outside the box. From my experience with them, they do not like to feel pressured. But again this would depend on their Origin.
Do you belong to any associations here?
Yes, I am part of the Ivorian community. we come together frequently for events and support each other when need be.
THE FUTURE…
What are your long term plans as far as living in Malaysia is concerned?
I have no long term plans. I’m leaving Malaysia this December.
Any particular reason you would like to share?
In the beginning, I just wanted to experience this part of the world and learn about their culture and their way of life. With this, there would be better opportunities for me back home due to my exposure and bilingualism.
For me Particularly as a business person, I think it’s important to be exposed to different people from different parts of the world. In the time I’ve spent away from home, I think I have been able to accomplish this. It’s time to go home to develop my own country with my ideas I have acquired from living outside.
Also, I would love to be closer to family and even start my own.
What advice can you give to any expat moving to Malaysia?

Are you an expat in Malaysia? Get in touch with us we’d love to hear and share your Malaysian experience.