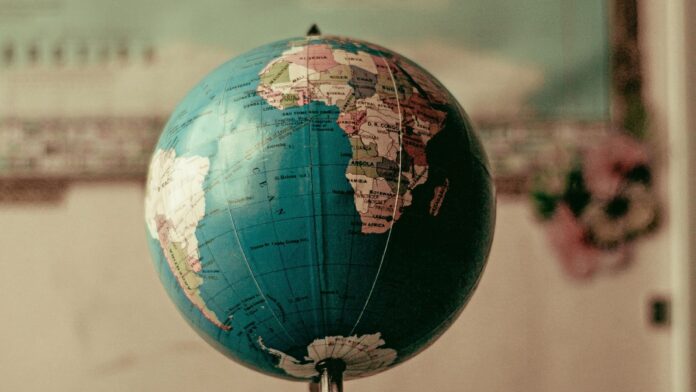 An insightful African proverb reminds us, that “what you help a child to love can be more important than what you help them to learn”. This proverb sends one message – the importance of tapping into the inner fuel, tapping the currency called passion to drive actions.

So why passion and not inspiration? Way back in the year 2000, the global headlines were that Africa was a failed continent. Just ten years later around 2010, the narrative changed to Africa as a rising continent – a narrative that was fueled by the temporary boom in global oil and commodity prices. As this boom fizzled, so did the narrative and now, we hear Africa is a limping continent.

But the point to focus on in the context of passion and inspiration is this – that many Africans were inspired by the narrative of “Africa is rising”. We could see Africa featured in media headlines as the fastest-growing region of the globe. But this inspiration did not translate to having the population being fueled to be drivers of this rise. And that is why with deflation of the global commodity prices, the “Africa rising” narrative also fizzled out. Why? Because regardless of how inspiring this narrative was, it did not translate to citizens taking different actions that would make the rise realistic, inclusive, and sustainable, to weather economic turbulence in the long run. We as a people were inspired by an external narrative, but not passionate enough to act, on what is realistic.

This example brings out the difference between passion & inspiration in the context of Africa’s transformational growth – that while inspiration excites the mind and emotions, it is not strong enough to fuel a change in behaviour, a change in actions. It is largely driven by the attainment of individualistic objectives. In this case of the “Africa rising” narrative, the inspiration came in the form of self-pride for Africans, as these headlines were a welcome break from the stereotypical negative bad news habitually projected about Africa. This inspiration however could not fuel change because it did not elevate individual Africans, to living a life of purpose much greater than themselves. To most of the 1.3 billion citizens, this was an accolade that we could not attribute our tangible input to. This is what inspiration does – it hypes the mind, but without substance.

Passion however is a different ballgame. It is the currency for action because it taps into the intrinsic emotion of every human being to live a life of purpose, which results in a strong and extravagant enthusiasm to do that which exceeds an individual many times. And real, unadulterated purposeful living, is that which causes a person to do that which touches lives way beyond their immediate cycle. It is that which causes an individual to bestow upon themselves, the responsibility of doing that which touches many lives even when they do not see a direct personal benefit.

Difference between passion and inspiration

With passion comes humility because the focus is not on self, but on the positive difference being made in others. Inspiration on the other hand is driven by self-importance and accomplishing for self, which leaves very little room for humility.

Passion attaches more to emotion as well as mental state. But inspiration remains largely a mental state. And because of this attachment to emotions and thoughts, a passionate person loses their self-centeredness to a bigger vision that far exceeds them.

Passion is fulfilling as one acts on a life purpose. Inspiration is not because it is driven by external factors. Most time, people are inspired to attain that which they have seen, not that which has arisen from within then.

Passion must be searched to be found. It entails a purposeful search to drive an objective that far exceeds an individual. To be inspired, on the other hand, there is no purposeful searching that one needs to undertake. Anything can inspire someone based on what one wants. So, for passion, one must search to find it. And passion is found in things that are beyond self. Inspiration is found in anything one encounters that elevate their self and borders close to greed.

Passion unlocks what I called “stubborn opportunism” – where one leverages every opportunity in their reach to take actions that drive their purpose, and they are unquenchable in this pursuit.

A place highly needing in passion

One of the monumental challenges that Africa faces that urgently needs a dose of passion in every citizen, is youth unemployment. From country to country, it is hard to come across any country in Africa that does not have a job creation plan, strategy, policy, initiative etc., or even a series of them. But the big question is, why isn’t this problem being solved? Or at the very least, why aren’t we seeing a trajectory towards betterment? As a matter if fact, the numbers of unemployed increase every year, with each subsequent year seeing more job seekers scrambling for fewer jobs. Why is this so?

The reality is that a focus on job creation is akin to focusing on treating symptoms of a disease without first diagnosing the disease itself. And this does not work. Treating symptom cannot lead to full healing, as the symptoms keep recurring.

When looking at the landscape of Africa’s job creation possibilities, there are two main options. The first is the immediate jobs approach, mostly driven through political sloganeering and quenching political thirsts. This approach introduces a divide and a debate, with one side “demanding for jobs” as a right, and the other side responding in kind by making unrealistic promises to deliver jobs. The second option is one where jobs are a consequence, an offshoot of a process that is self-sustaining. And that process is called wealth creation. This is an effective way to go about it.

And how do we create wealth? By demonstrating value in turning challenges into opportunities leveraging on our strengths, not weaknesses. And what are these strengths?

First is the people themselves. They are endowed with talents, that can be refined into skills in diverse areas that can then be deployed to turn the challenges we face into opportunities.

The second strength is policy processes. These need to be moved from board rooms to be more focused on incentivizing what has been proven to work by the actor on the ground – who are informal sector players across Africa.

The third is what we call catalytic sectors. These are the most accessible, inclusive sectors that a majority in the continent can engage in, are sectors in which Africa holds a global comparative advantage in resources and which drive both climate and socioeconomic benefits. For example, Africa registers up to $48billion each year as postharvest losses (PHLs) and imports up to $35billion to cover for losses. This is $83billion that can be recouped annually by decentralizing clean energy to power value addition to convert the hitherto PHLs into more complete consumer goods.

If job creation efforts can be coalesced around investing into these areas – be it through youth training to ensure they are focused on solving the PHLs & food imports challenge by devising different solutions be it in clean energy, ICT, logistics etc., incentivizing finance especially through accessible, low-risk structures like cooperatives to encourage more informal sector investment in this area, among other incentivizing actions, Africa will see the creation of enterprises that are self-sustaining because they are driven to solve pertinent challenges in the community competitively. And this will be how losses will be converted to wealth and sustainable jobs.

Purpose – passion – unborrowed vision: this is the triple play that Africa needs to drive transformational development. Anything less is short-lived at best and only compounds the already dire scenario on the continent.

The views expressed here are those of the author and do not necessarily represent those of the institution with which he is affiliated.

Studying in Canada is win-win – These are my reasons

Studying in Canada is win-win – These are my reasons